The third week of May marked McClatchey Elementary School’s first annual Career Week. Douglas Hankins, Director at BRW Architects, was invited to present the rich history of architecture to over 300 students on Thursday, May 18th.  In three 30-minute presentations, Doug shared what it means to be an architect, where you can start your training, education options and opportunities, the various steps involved in starting your own architecture practice, and the process of successfully creating a building – from start to finish.  During these collaborative discussion sessions, third, fourth and fifth grade students took their best guesses at identifying iconic structures that appeared on the screen.  These structures included famous buildings around the world, the DFW metroplex and even Ellis County.

Additionally, Doug presented who the modern masters of architecture are and their major contributions to our society, as well as the places we call home.  Doug also took the opportunity to share several of his personal favorite architecture “rock stars” that influenced his own passion for architecture.  Among the architects discussed with the students were Richard Meier, Tom Mayne, Tom Kundig, Tod Williams and Billie Tsien.

“It was a joy to see the intense focus on all of their little faces in each of the sessions.  I could really tell they wanted to learn about architecture,” said Doug.

At the end of the session Doug handed out small sketchbooks stamped with the BRW logo so that students could begin to create and record their own ideas for future architectural success.

BRW would like to give a special “thank you” to Midlothian Independent School District, Dolores McClatchey Elementary School, Principal Courtney Carpenter, Counselor Becky Wiginton, and all the staff and students that could join us during Career Week. 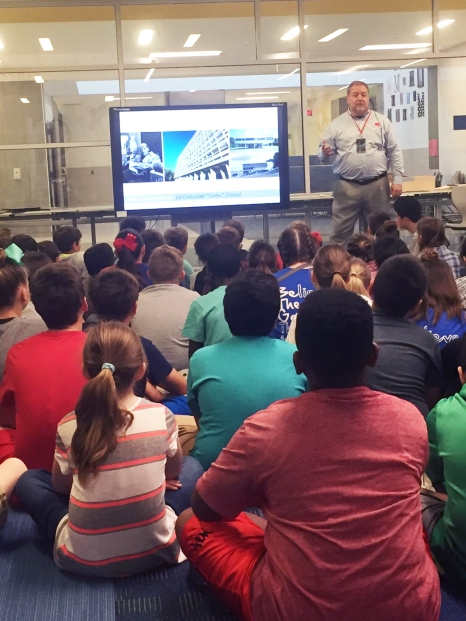