The Brazos Bark & Build committee, Lisa Andel, Marcus Gibbon, and Amanda Rotter, once again went above and beyond for this year’s Bark & Build design competition and raffle!  The Bryan/College Station community showed more interest than ever before with an astounding 38 doghouse entries! 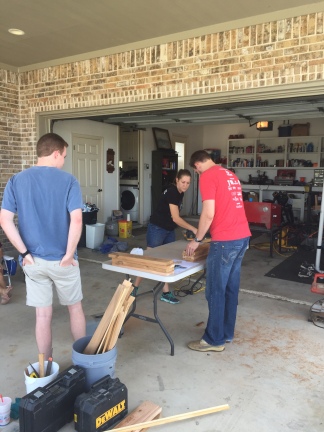 Rechelle Parker, Justin Dreyer, Luke Franks, Erin VanDoren, Jackson Wells, Nathan Brandt, Lesley Gaston, Justin Hoermann, Cole Roberts, Lisa Andel, Marcus Gibbon, and Amanda Rotter were among BRW’s very own who stepped up this year to design and build a doghouse furniture entry to represent BRW’s other talents!  The 2016 theme of “Contemporary Farmhouse” led the BRW team to create a traveling dog hammock, making it easy for our potential four-legged client to travel with ease.   The design featured a rustic wood exterior with iron piping hardware and a durable yet comfortable hammock bed.  Perfect for a dog that likes relaxing, slow paced, hear-the-crickets while you sleep aspect of the country, but doesn’t want to give up its air-conditioned, eat-what-the-people-are-eating lifestyle. 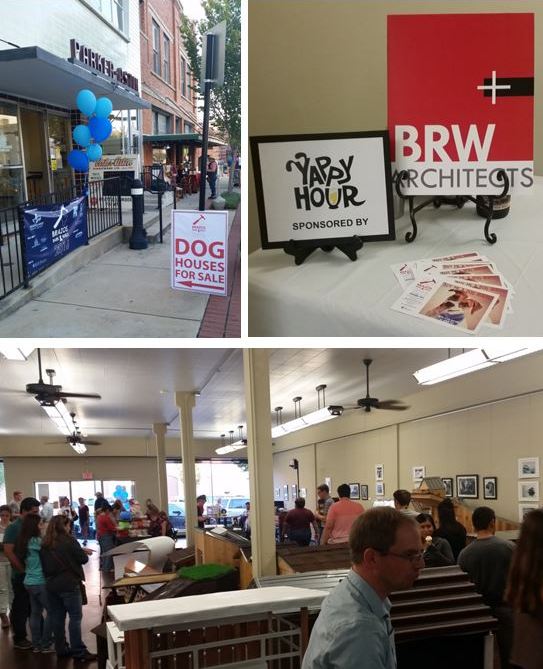 Yappy Hour kicked off the event on October 7th during First Friday at Binary Space in Downtown Bryan.  As the sidewalks began to buzz with activity, the doghouses drew in large crowds with excited residents and tourists.   Everyone had their own favorites, but there were only a few chosen as “Best in Show.”  The judges were:  a veterinarian, architect, and Wiener Fest director, so not only did the doghouses have to look good, but function and be safe for all dogs alike. 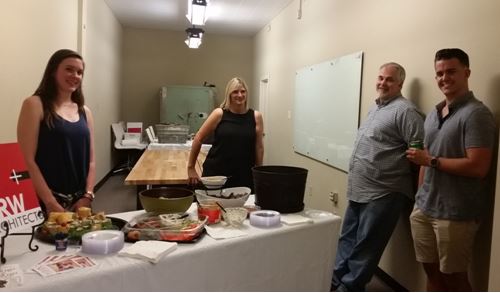 The grand finale to the 2016 Brazos Bark & Build event was held at Wiener Fest at Wolf Pen Creek Amphitheater on October 14th – 16th.  Dog races, costume contests, and free dog treats galore made Weiner Fest THE dog event of the year!  All doghouses were raffled, and the Best in Show winners were live auctioned.  Brazos Bark & Build donated all of the proceeds of the doghouse sales to Aggieland Humane Society, helping the homeless pets of the Brazos Valley. 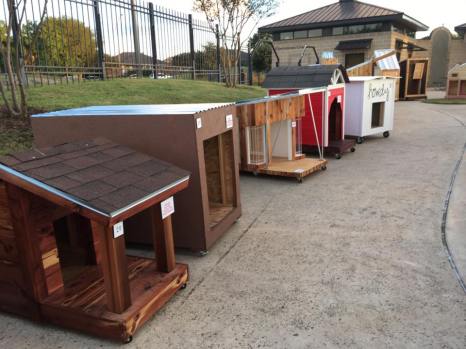 Giving back to the community is something that Brazos Bark & Build always strives for.   With the support of our sponsors, participants, and volunteers, our 6th annual event not only was a positive impact on the community, but also brought awareness to the Aggieland Humane Society.  We look forward to next year! 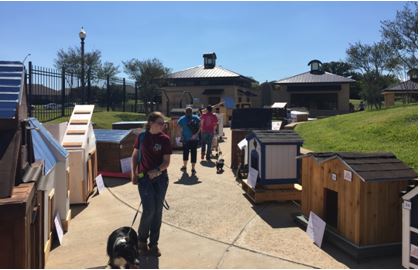