Arlington Independent School District students will be getting one really big, shiny new school supply this year – and it won’t fit in your backpack.

August marks the opening of Workman Junior High School, a project two years in the making that includes  an addition and a slew of renovations to a building that was dated (before photo and rendering pictured below). 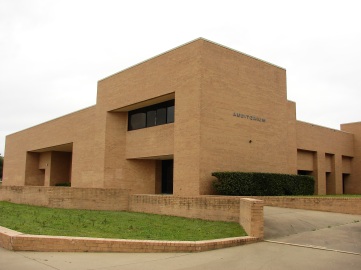 BRW’s own Shea Rampy, AIA remembers the original unwelcoming facility – he graduated when it was still James Bowie High School in 1976, just three years after it was built. “There was no real entry way and no parking in the front,” Rampy said, reminiscing about his morning drives in a Dodge Monaco. “The entrance was on a two-lane asphalt road covered in potholes.”

Bowie High School eventually moved to a bigger location and the building became home to Workman Junior High School students. As Arbook grew from a two-lane road to a four lane divided parkway and student population grew to 1,600, a new facility became an obvious need.

Most of all, Workman Junior High has a striking new profile thanks to a long façade of glass in alternating patterns. “The old building was very heavy looking and now it looks light and airy. There is a big gap between the street and the front of the building,” said Denisse Dufreche, Assoc. AIA and Project Coordinator for this project. “It makes a good buffer and allows for more views of green space rather than cityscape.” 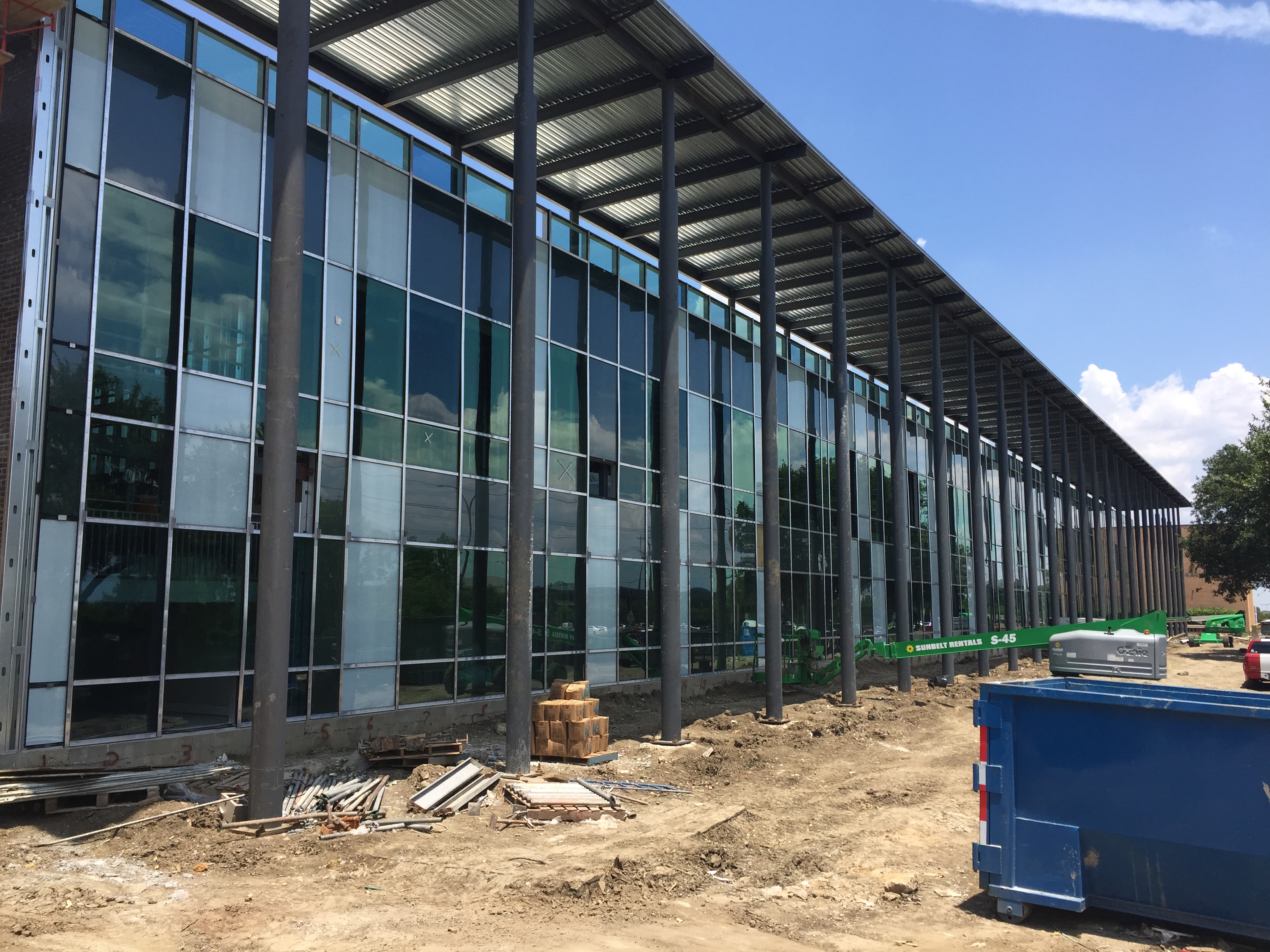 Despite all the changes, there is one thing BRW kept from Workman’s past – trees. “There were already big existing oak trees [on the property] so we added more. Eventually, they’ll grow just as big and the building will feel more enclosed,” said Igor Draskovic, Assoc. AIA. “Natural light and outside views keep kids feeling motivated and engaged.”

With the new school year right around the corner and construction almost complete, every minute counts.  A huge ‘thanks!’ to our partners at Pogue Construction for all of their diligence and hard work on this project! 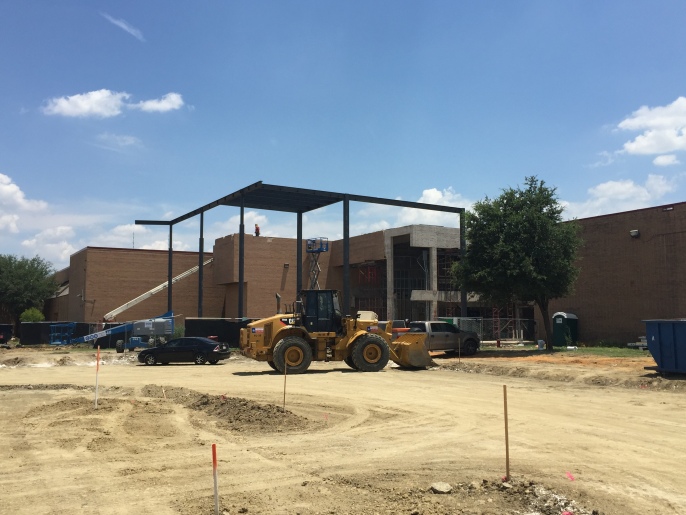 We can’t wait to show off the new and improved Workman Junior High School.  Check back with us at the end of summer for updated photos! Pictured below are Denisse Dufreche, Assoc. AIA, Project Coordinator and Igor Draskovic, Assoc. AIA.

One thought on “School Is Too Cool!”