BRW Architects won its fourth Topping Out Award this Fall for the new Thelma Richardson Elementary School. The annual awards program recognizes and awards the Top Ten community based projects in DFW each year. The BRW team was awarded for the CHPS designed school that opened in the fall of 2013 serving the Dallas ISD in southeast Dallas. BRW Principal, Lisa Lamkin, AIA was in attendance at the gala event and received the award from honorary chairman of the 2014 Topping Out ceremonies, Dallas Cowboys legend, the NFL’s all time leading rusher and NFL Hall of Famer, Emmitt Smith. Thelma Richardson is one of a very few CHPS designed schools in the district and provides the community with several amenities that positively impact the over 600 children annually. 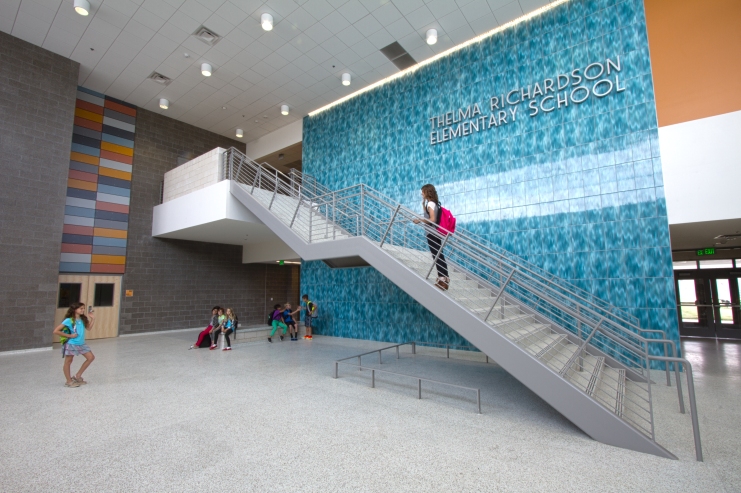