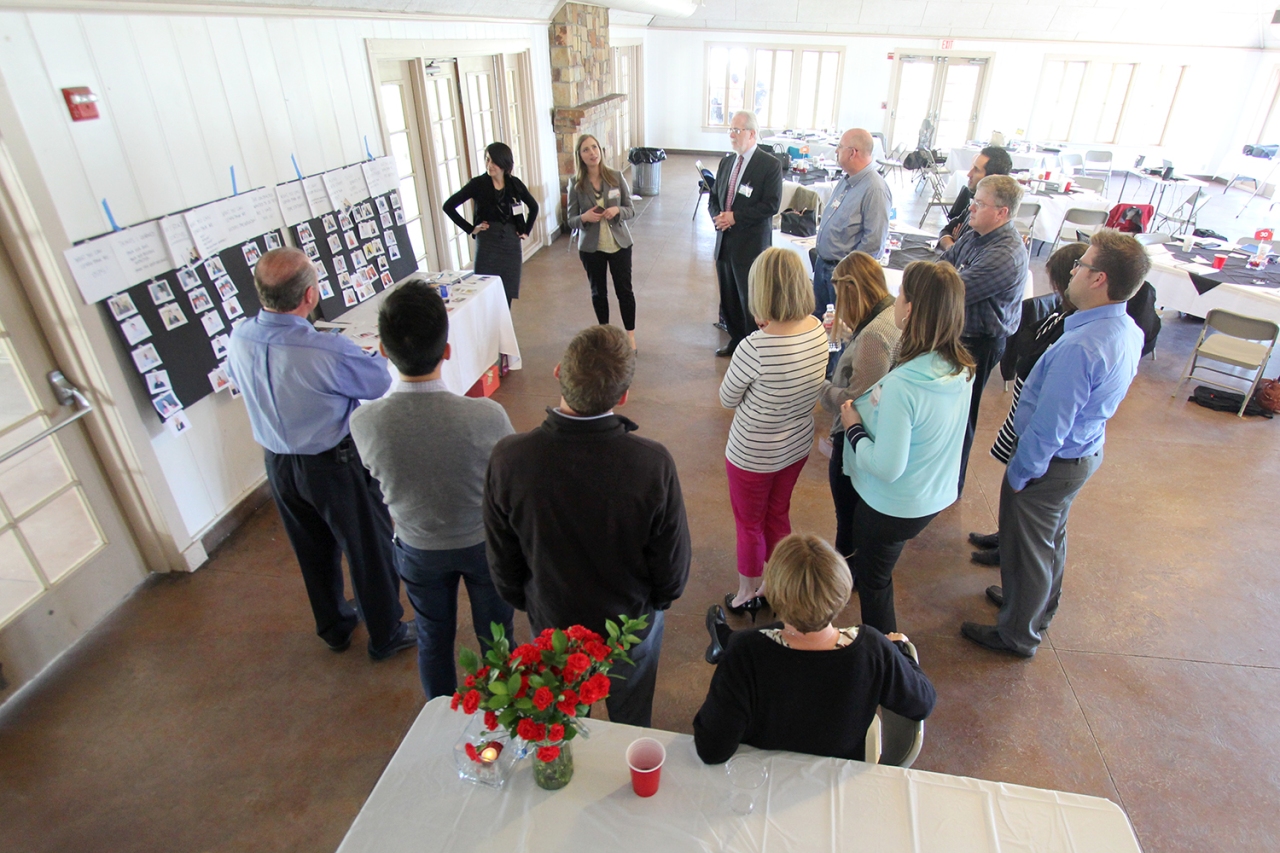 The past few months have been busy, yet very exciting for us here at BRW.

In early April BRW took part in the Dallas AIA Retrospect event. Retrospect is an annual event organized by the Dallas AIA and hosted by NorthPark Center to introduce architecture to the community through three-dimensional displays created by Dallas area architects.  All the exhibits this year embraced the theme “Connecting Architecture and People.”

BRW Architects designed an installation that represented the 30 years of BRW and the changes that have happened to us, as well as the practice of architecture.

“Brown Reynolds Watford set up shop in a garage, designing commercial and office spaces while laying the groundwork for the 60 person firm it is today. Since then, they have collected a few things, added a few faces, and planned for the future. In honor of the 30 years of BRW Architecture, we invite you to look into our cabinet of curiosities, which not only reflects the changes that have happened to us, but also the practice of architecture.”

Several members of the BRW Retrospect team attended Dallas AIA’s Garden party at Breadwinner’s Café in Northpark Center, including Dallas AIA President, Ms. Lisa Lamkin.  The event celebrated the work of all the firms that contributed to the retrospect exhibit. It was a great time to sit back, enjoy some jazz music and fellowship with peers.

Later last month, BRW participated in our annual firm wide Advance held at Winfrey Point on White Rock Lake in Dallas.  This is a time we share our experiences, skills and creativity to generate fresh momentum for the upcoming year.  It is also a good chance to catch up with our co-workers in each office, whether they are from Dallas, College Station, Houston or San Francisco.

This year at the Advance we toured the new Dallas Fire Station No. 32 and the Texas Horse Park. It was great to see the progress on these great projects first hand!