Last week, I was lucky enough to visit the BRW College Station office for the first time.  Although we were scheduled for some serious marketing talk, we were able to carve out a bit of time to tour the new Liberal Arts and Humanities Building on the A&M Campus.

It is hard to believe that it was just a little over a year ago that BRW celebrated the groundbreaking for this 125,000 square foot building.  What a great way to start the spring semester for the students taking classes in A&M’s liberal arts program.  The new building houses the English and Performing Studies Departments and is also fitted with practice rooms, computer based teaching classrooms, recording studios, and a black box theater.

It was especially helpful that Project Director, Lisa Lamkin, AIA was on hand to show us some of her favorite gathering spaces in the building.  Although last Tuesday seemed like one of the coldest days of the year, it was not without great satisfaction and pride that walked the building and grounds and watched the students rushing through the halls and along the newly landscaped brick paths.  I look forward to the official grand opening ceremony for the building on April 19th. 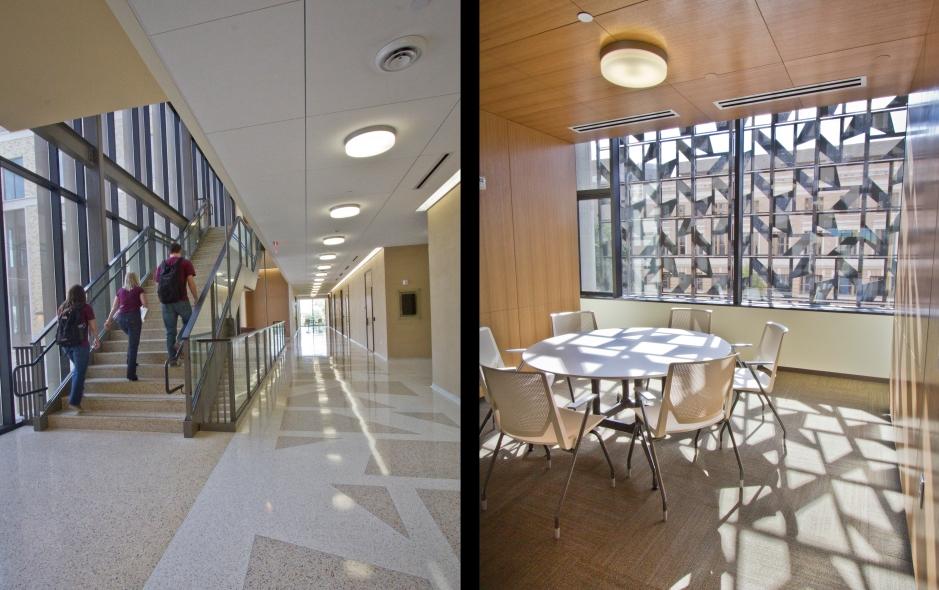